Many people aren’t sure what Scoliosis is all about. I have explained it in the past but have no problem explaining it again. Scoliosis is a curvature in your spine. There are many different kinds of Scoliosis.  It is an abnormal curve of the spine that is often referred to as a deformity. I don’t really like to use that word, but medically I guess that’s what it is. While some spinal curves can be visible, others aren’t depending on the severity of the curve.

To find out if you have Scoliosis, the most common way to detect it is by visually looking at the spine, or with an x-ray. In some cases MRIs are done. Scoliosis can be hereditary, and seems to be more common in females than males. It usually develops in the teen years when the body is growing. As far as what causes it to happen…it’s still unclear. That is why I hope that by sharing, and talking about it, it can create some awareness towards this condition and help doctors out. So little information is known.

If it is caught early, you can be put in the brace. While yes I know, its uncomfortable, itchy, and irritating, it will make a HUGE difference. I can’t stress enough how important it is to wear the brace!!!!

I actually had to skip all options and go straight into a spinal fusion. It wasn’t pretty and it wasn’t easy. I spent 14 hours on the operating table, as they worked on my spine like a robot. Lots of rods, pins, and screws to try and straighten my 65 degree curve. I have a double Scoliosis where my spine has two curves.The surgery did give me a 3 inch boost in height, it did change my body.

Physical therapy is also an option many can do to try to help relieve some of that back pain that flares up. I did spend some time in the Hospital doing some PT to try to relieve my pains. Unfortunately, soon after my first spinal fusion, I was in a car accident which shifted my lower rods out. While PT didn’t really work for me I was due for my 2nd spinal surgery.

I was fused from T1 to L5. My spine was never completely straight but brought it from a 65 degree curve on the top, to 23 degrees. Scoliosis can develop over time and with some, they don’t even realize it. Sometimes it can develop at a later age, especially in women. Doing some exercise will help keep your back and core muscles strong. It lessens the back pain and reduces the swelling.

Going back a few months ago, I started having an odd pain that I never had before, it was hurting at each breathe and I had pain and discomfort in my chest. Fearing my twisted spine was affecting my heart, I went to the ER. Turns out that by some strange surprise, my spine is moving. While I have had all that metal removed from my spine, it still remained as one solid fused piece. So when the Doctors asked me what my previous degree was, we found out that my spine had further curved an addition 11 degrees on the top. It doesn’t pose a threat to my heart, but my rotating ribs put pressure on my lungs, thus making it hard to breathe.

When your spine curves a certain, it will pull the rest of your bones with it. I already had 2 rotated ribs, but now I have over 8 rotating ribs, and its pulling my hip along with it. It’s common for someone with Scoliosis to have uneven hips because your spine drags everything into it. I’d say one of the most painful things to deal with, are those rotated ribs! Ouch!

I found a really good article that describes everything that everyone should know about Scoliosis, I want to share it with all you so you have a better understanding of it. Click here to read it.

I’ve had Scoliosis since I was 12 years old. Being that my curve is progressing, my Orthopedic doctor told me that my only option at this point is to have a 5th spinal fusion. Since I tried PT and it didn’t really do much, he told me to stop. On a weird note, that he even said “I can’t believe I’m saying this..” He told me to keep running. Since it is the only time of the 24 hours day that I don’t feel pain.

Scoliosis is a silent condition not many are comfortable with. Many shy away or even hide their scars, and I completely understand as I was once like that. But it’s nothing to be ashamed of. While others may not understand, people like me do. So count on me for support, venting, or anything else. =)

I had so many complications with my surgeries that each day makes me have to fight the pain. It has gotten worse and I have noticed certain changes with what used to be comfortable. But I have also learned that while this may be something hard to deal with, I have the strength to do so. I don’t always have bad days, but they are starting to be more common now and those bad days I pretty much spend in bed with ice or KT Tape. If you haven’t heard of it, try it. It’s a non medicated tape that makes it easier for the blood to reach muscles and repair damage done. It also reduces swelling, where in some cases, the swelling IS the cause of the problem.

For my Scoliosis fighters out there: Stay strong and keep fighting. The toughest people get the toughest battles. Be strong and don’t be ashamed of your body. Everyone is beautiful in their own way, think of your scar as a symbol of your strength. You are making it through chronic pain, you can make it through anything. ❤ 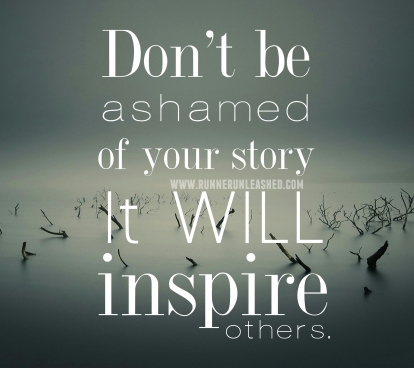 4 thoughts on “The twisted spine explained.”